Gastroenterology focuses on the digestive system and its disorders and includes diseases occurring from the mouth to the anus.

Diet and lifestyle play a huge role in managing digestive diseases and their complications.

Irritable Bowel Syndrome is the term used to describe a variety of symptoms. Symptoms vary from one individual to another and can be worse for some than others. It is a very common condition with around one in five people affected.

The most common symtoms are:

Other symptoms may include:

It is not normal to pass blood if you have IBS. If this does happen, it is important to consult your doctor.

The diverticula may be present from birth or form for various reasons. A diet low in fibre is considered a major cause as this leads to constipation and therefore straining when opening your bowels. Constipation and straining increases pressure within the intestine and over many years this forces small areas of the lining of the intestine to weaken to form the small sacs or pouches (diverticula).

Coeliac disease is not an allergy. It’s an auto-immune disease, which means that the body produces antibodies that attack its own tissues. For people with coeliacs disease this attack is triggered by gluten, a mixture of proteins found in wheat, (spelt, kamut and durum) rye, barley and triticale. Some people with coeliac disease also react to oats.

These proteins damage the small finger-like projections (villi) that line the small intestine and play a significant role in digestion. When damaged and inflamed, the villi are unable to absorb food properly, which often causes diarrhoea, abdominal distention, flatulence and malnutrition.  There’s no cure for coeliac disease, but it can be controlled by following a gluten-free diet for life. This allows the damaged villi to recover and nutrients can then be absorbed normally again and symptoms disappear.

COELIAC DISEASE IS NOT WHEAT ALLERGY

There is a difference between Coeliacs Disease and wheat allergy. Coeliacs Disease is a permanent adverse reaction to gluten which requires a lifelong restriction to gluten. Wheat Allergy on the other hand is an immune response to wheat protein and may cause some similar symptoms, but the symptoms will persist only for a short time after the consumption of wheat and does not cause damage to the intestinal lining.

IBD is a group of inflammatory conditions of the colon and small intestine.  They are considered autoimmune diseases in which the bodies immune system attacks the digestive system.  The inflammation in the bowel may lead to malabsorption of nutrients and therefore a poor nutritional status.  The causes of IBD are unknown. The main forms of IBD are Crohn’s Disease and Ulcerative Colitis.

This can affect the any part of the gut from mouth to anus, however the small bowel is the most common site for Crohn’s Disease. Symptoms may include abdominal pain, diarrhoea (possibly with mucous and/or blood), weight loss and lethargy.

It may be treated with medications such as immuno-suppressants, steroids or an anti-inflammatory agent. Surgery may be necessary to remove diseased bowel, for example due to an obstruction caused by an inflammatory mass.

This affects the terminal ileum (end of the small bowel) and the colon (large bowel).

There is no evidence of a link with diet, however it is important to ensure a diet that can maintain your nutritional status. Furthermore an appropriate diet may help to improve symptoms.  Symptoms and diagnosis is similar to Crohn’s Disease, although it is more common to have blood passed with stools.

The colon may be resected if medication fails to control severity of ulcerative colitis.

Bowel resection or surgery may be necessary in many digestive diseases to alleviate symptoms or if medication and other treatments have failed.  The most common diseases which may require surgery would include Diverticulitis, Crohns Disease, Ulcerative Colitis and Stomach and Bowel Cancers.

Any surgery can have nutritional implications, however with bowel surgery this is particularly the case.  It is important to optimise your nutritional status before and after surgery to help aid wound healing and reduce the risk of infection.  Furthermore some types of surgery will cause long term nutritional problems which may require dietary modifications for life. Often the reasons leading to bowel surgery will in themselves mean a patient is already at risk of undernutrition.  If part of the bowel is resected it will depend upon the site of excised bowel and amount left that will influence any nutritional problems.  The small bowel is where the absorption of nutrients takes place; the large bowel reabsorbs water and sodium.

In some patients it maybe necessary to form a stoma.  A stoma is formed when part of the bowel is brought out to the surface of the abdomen. Depending which part of the bowel the stoma is formed, gives the stoma its name. For example a stoma formed from the colon (large bowel) is called a colostomy, a stoma formed from the ileum (part of the small bowel) is called an ileostomy.  The output from a colostomy will be formed similar to a normal stool.  A colostomy on the left side is generally firmer than a one on the right. However an ileostomy will always have a loose output.  Your dietary intake will directly affect your output and will help you manage your stoma.

Due to the type of surgery and the condition, there will always be dietary recommendations to ensure an optimal nutritional status and no post operative compliations.  Depending on the site of resection and type of surgery, patients can suffer with Short Bowel Syndrome; Dumping Syndrome and malabsorption all of which can be successfully managed with diet. 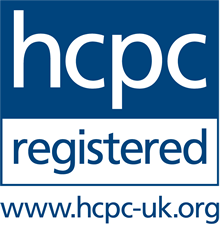